Natural Gas – What is happening and when does the price wake up?

Natural gas prices this year around the world have been disappointingly lower than expected. A warmer winter than normal, the trade war issues affecting demand and too much near term supply from new LNG plants have gutted the market and depressed prices.

The bullish story is the climate improvement focus and the need to close coal fired electricity facilities while expanding renewables and using natural gas as the interim cleaner air choice. Asia is the big user of LNG and the trade battle between the US and China has worsened the near-term situation. The growth of US shale production and new LNG facilities on the Gulf coast has for the next two-three years created a glut which will be taken up as growth returns. By 2023-2024 there should again be a shortage and that is the strategic window picked by LNG Canada to start shipping LNG to Asian customers from the coast of BC.

The shale industry in the US is located in seven basins (Chart #22). The largest basin is the Appalachian basin which is now in decline (Chart #23), with three others also showing this trend. The only growth basin of consequence remains the Permian which is the second largest of the shale areas at 16.8Bcf and has been growing as a result of the highly desired light oil of the basin. 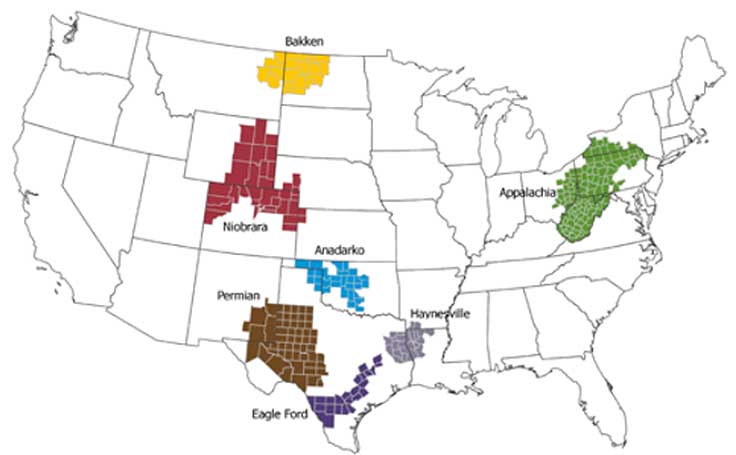 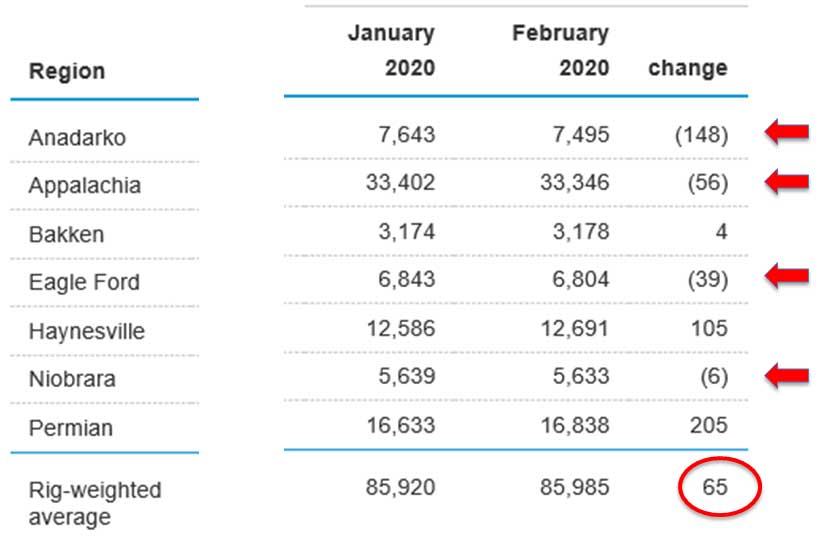 With the current weak prices for both oil and gas we are seeing much less drilling occurring and at some point, this will impact overall production. The Baker Hughes report of last Friday (Chart #24) showed overall US drilling down by 25% and natural gas drilling down by 43%. With new well decline rates quite rapid, deliverability should be impacted in the coming months.

In the near-term, natural gas will be impacted by the weather and storage movement. So far this year demand has been much less than normal due to the warmer weather in January and February across the US. Last week the EIA natural gas storage report showed a decline of only 115Bcf last week (Chart #25) when over 200Bcf is typically seen when cold weather is experienced. Overall the US storage level is 32% higher now than last year and 9.4% above the five-year average. We need to see the slowdown in drilling impact production so that storage does not go to new highs during the summer build season. In Chart #26, we show the range of production across a few years and while we can still have big draws in the rest of February and March it is likely that storage will build back to the high end of the band unless production starts to be impacted in the near term. 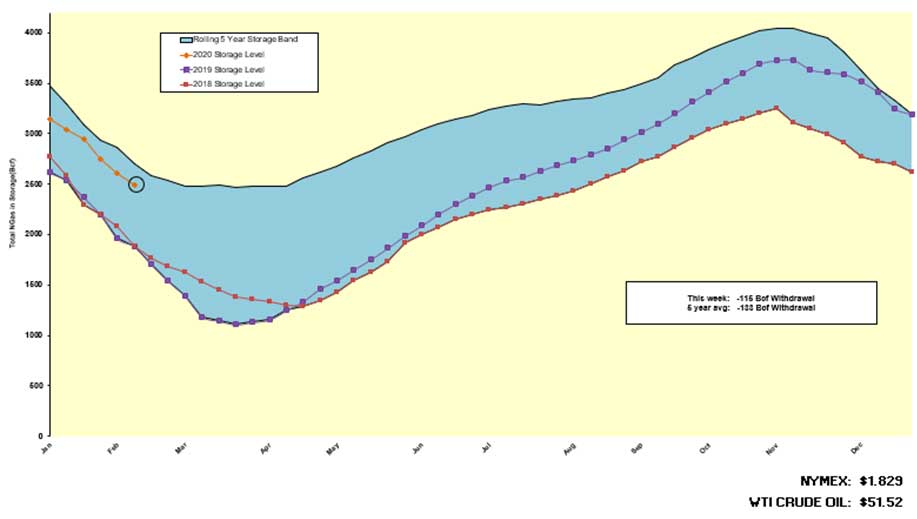 Historically when the prices drop below the level of profitability, the industry cuts back spending as we are seeing now and as shortages develop or demand picks up, then the price rises materially as in Chart #27. In periods of low prices: 2002, 2009, 2013 & 2016, prices fell sharply and then recovered sharply. Cabot Oil & Gas recently announced a cutback in spending of 30% in 2020 (Chart #28). Many times the recovery in prices was a three times move or more. If we see US$3/mcf in 2021 then the industry will see significantly higher cash flows. Canadian companies should do even better as we now have summer gas able to go into storage, more egress coming on this year and more Alberta demand as more coal fired electricity moves to natural gas fired. AECO prices are now around $1.80/mcf and for all of 2019 were $1.62/mcf versus our forecast of $1.60/mcf used in our company models. The important piece was that Q4/19 AECO prices were up to $2.47/mcf versus $1.90 in Q4/18. We are using $2.20/mcf for our 2020 model. We note that as recently as 2017 AECO was at $2.43/mcf for the year average. 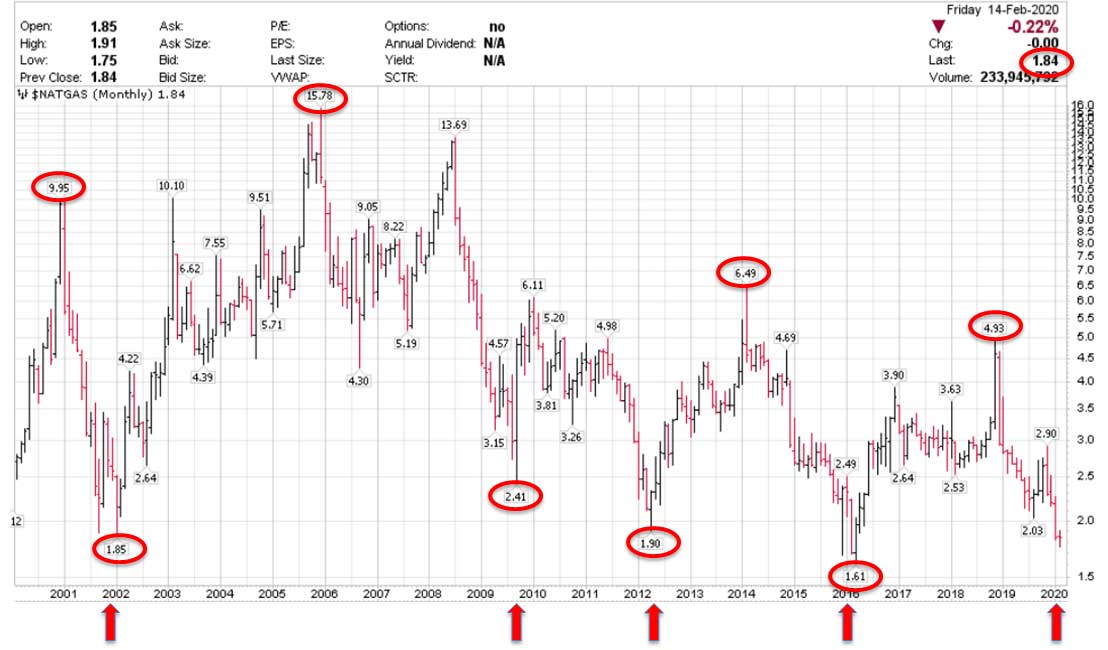 Hold cash positions for an attractive low risk buying opportunity in the coming weeks. We plan to send out Action Alert BUYS when this window opens. We also plan to add some new investment ideas to our Action Alert BUY list. Our patience is being rewarded. A wonderful buying window is approaching.
< BACK
Back to Index
NEXT >