The company was incorporated in July 2004 and changed its name to Birchcliff Energy Ltd. in January 2005. Birchcliff is a large Canadian oil and gas producer that explores for, develops and produces natural gas, light oil and natural gas liquids from a concentrated core area in the Peace River Arch area in Alberta. They are a very low cost operator and hold one of the largest Montney land positions. Firm transportation covers their growing production profile. BIR operates with three teams: The Pouce Coupe team covers their core Pouce Coupe Montney natural gas production, their Gordondale team operates their liquids rich Gordondale assets acquired from Encana in 2016, and their Worsley team operates their exploration portfolio. 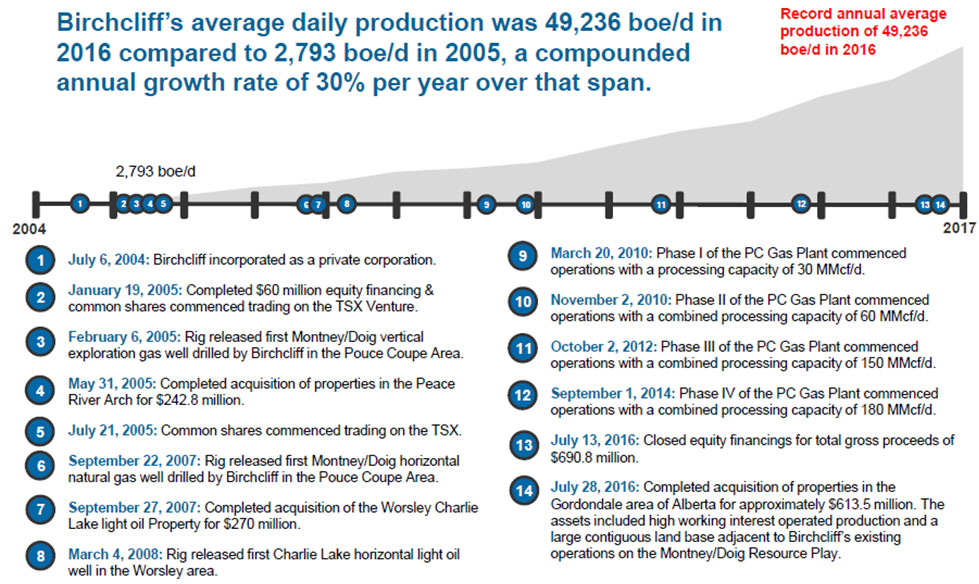 BIR had 130 full time employees at head office in Calgary and 52 in the field at year end 2016. Major shareholders include Seymour Schulich, whose 40M shares comprise 15% of the outstanding shares. He has made this his primary Montney natural gas and liquids play. His most recent purchase of stock was in early April when he bought 2.0M shares at $7.84 per share. Another shareholder is Fidelity Investments, which owns 10.8% of the shares outstanding with 28.7M shares.

BIR operates the Pouce Coupe South Gas Plant (PCS gas plant) to process 180 Mmcf/d. BIR has firm take away capacity for these volumes. To year end 2016, 295 Montney/Doig wells have been drilled of which 17 were drilled in 2016. They have over 5,700 drilling locations in inventory and BIR has drilled up to six wells per pad to a depth of 2,700 metres. With 6 productive zones (Basal Doig, Montney D4, Montney D3, Montney D2, Montney D1 and Montney C), they could put four wells per section per zone and have 24 wells per section when fully developed. So far to year end 2016, they have focused on the Montney D1 (214 wells so far) and the Basal Doig (67 wells to date) which are Upper Montney intervals. The next phase of plant expansion will occur this year with the startup of Phase V adding 80 Mmcf/d and lifting capacity to 260 Mmcf/d commencing operation in October 2017. They have firm transportation capacity for this expansion. The Phase VI expansion forecasted to be on production in October 2018 will add another 80 Mmcf/d raising capacity to 340 Mmcf/d. This plant provides BIR with a very low cost structure. Its plant, operating costs and transportation were $0.58/mcf or $3.53/boe in 2016.  Production in Q4/16 was 60,750 boe/d. This area showed 95% of Q4/16 total production. Capex in 2017 will be devoted 60% to the Pouce Coupe area and over 30% to the Gordondale area. The Gordondale area is more liquids rich with oil and liquids potential and in 2016, six wells were drilled in this new area. In 2017, up to 14 wells will be drilled to increase liquids percentages. BIR drills its well open hole and uses slickwater fluid for its fracks. Total cost of a gas well is $7.0M, for an oil well cost is $8.0M and they each take 17 days to drill.

Proved and Probable Reserves at year end 2016 were evaluated by reservoir engineers Deloitte’s at 880M barrels equivalent for BIR. Total reserves and resources that BIR is exposed to is 59Tcf in the low estimate case and 76Tcf in the best estimate case. Land holdings at year end 2016 were over 440 sections. All in cash costs were $1.77/mcf in 2016 so they were profitable at AECO of $2.05/mcf in 2016. In our forecast going out past 2020 we see AECO exceeding $4.00/mcf and BIR making a profit of over $1.50/mcf.

We like BIR because it has itself involved in a world class resource play with a first decile low cost structure. In addition, the play is resource dense, has a large areal extent, can be easily fracked, has high permeability, is over pressured and is a blanket style deposit providing repeatable results. 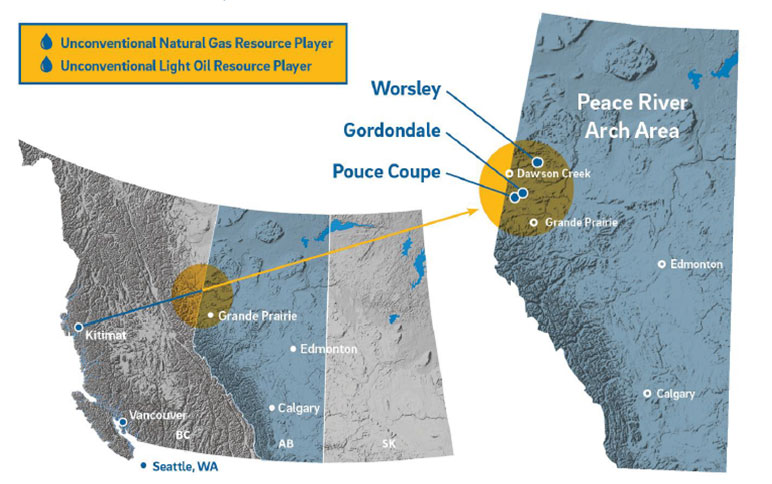 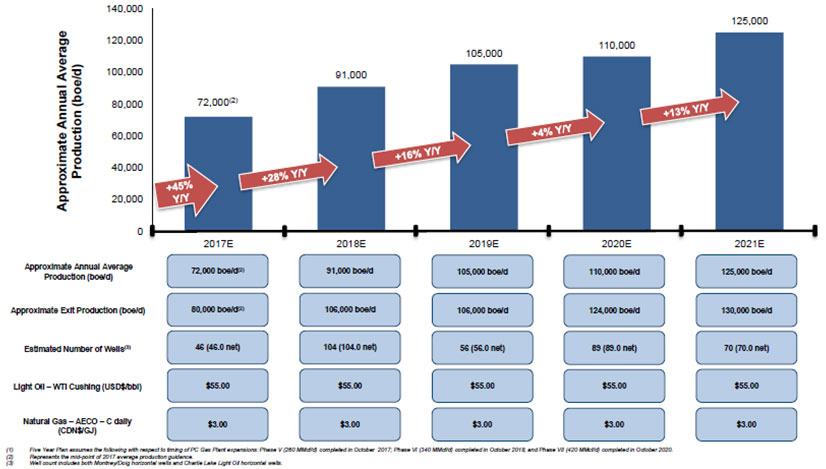 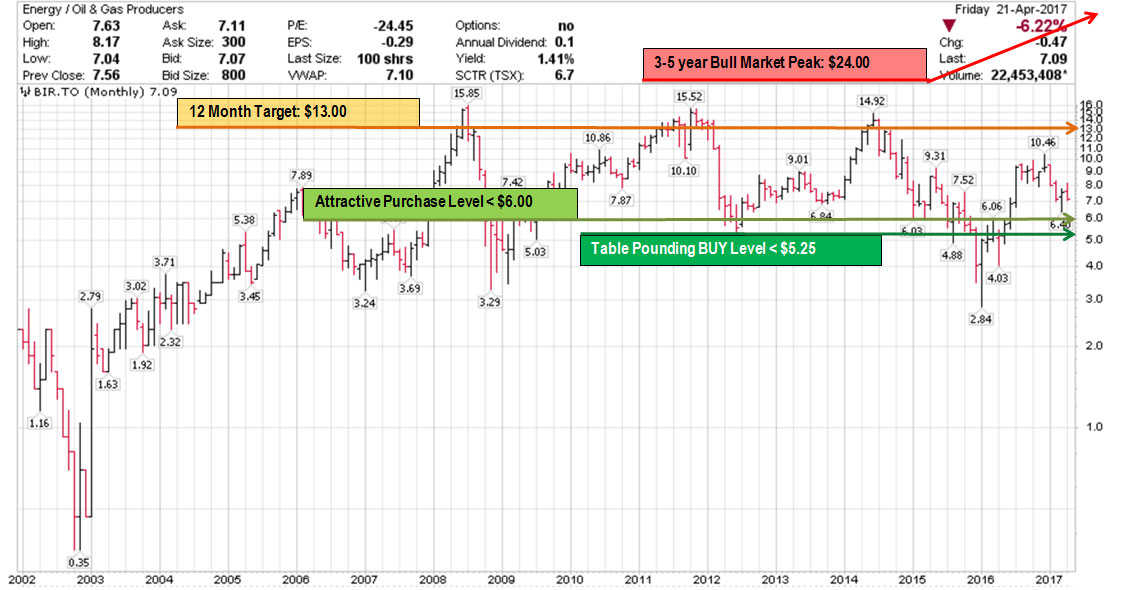