SGY has three core areas with the ability to show moderate volume growth that will allow them to replace declines, grow moderately at 3-5% per year and pay a monthly dividend, which was raised on April 19th to $0.095 per year, paid monthly, providing nearly a 3.5% yield. We expect SGY to add a fourth core area over the next year which should add additional growth opportunity.

This core area has over 465 Mb OOIP and in 2016, SGY drilled 24 wells which averaged in at greater than 200 boe/d at a cost of $1.1M per well. Drill time has been cut from 12.4 days to a recent six days per well with the application of horizontal monobore technology. Over time, with water floods, they estimate that the recovery factor could rise to 13% of the reserves in place from the 1% recovery rate so far. The oil has an API of 21-23 degrees and 4-10 metres of pay. SGY has over 200 wells in inventory for the Upper Shaunavon and 100 in the Lower Shaunavon formation. As crude prices recover SGY could drill 20-30 wells per year and raise production to 6,000 boe/d. At US$60/b, the upside could be 7,000 boe/d.

This core area has 150Mb OOIP of 40 degree API crude oil with a 4% recovery so far. SGY’s recent wells have been spectacular with IP rates of 2,000 boe/d and over 1,000 boe/d for 30 day IP’s. Production is from the Doig formation, and costs have been reduced to $3.2M per well. Their “type curve” estimates for 30 day IP’s are at 860 boe/d, so well performance is much better than expected.  To handle the associated natural gas, they built a compressor in the north end of the pool so that the gas can be moved at all times and is not subject to shut-ins. A strategic purchase in the Sexsmith sour gas plant was made in Q4/16 adding to sour gas handling capabilities. Over time with water floods, they estimate that the recovery factor could rise to 23% of the reserves in place. SGY has an inventory of 40 net locations at 200 metre spacing in inventory. To keep production flat they need to drill 5-6 wells per year and therefore have a 10-year inventory.

This oil pool has over 130 Mb OOIP of 28 degree oil. The current recovery factor is less than 15%. SGY has over 200 drilling locations. Over time with water floods they estimate that the recovery factor could rise to more than 20% of the reserves. Well costs are $1.0M, down from $2.0M per well versus a few years ago, and the recent wells have produced greater than 110 boe/d. Drill time has fallen from 8.5 days to five days in Q4/16 using the advanced technology monobore drilling. The new Alberta water flood royalty regime helps this play’s economics, with a 5% royalty for the first 9 years. Production has been raised from 470 boe/d in Q2/16, to 2,000 boe/d as of April 18, 2017 upon completing new wells. SGY has a 10-year inventory. 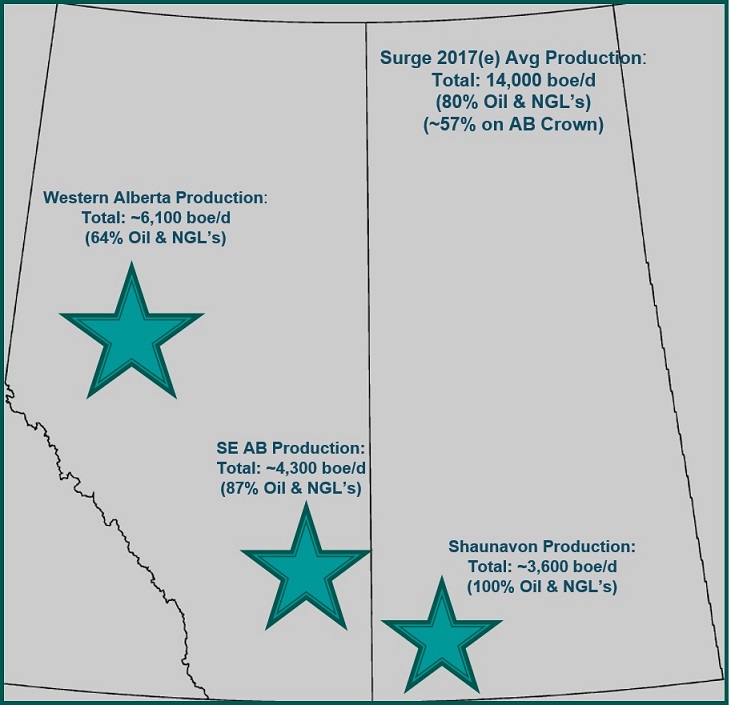 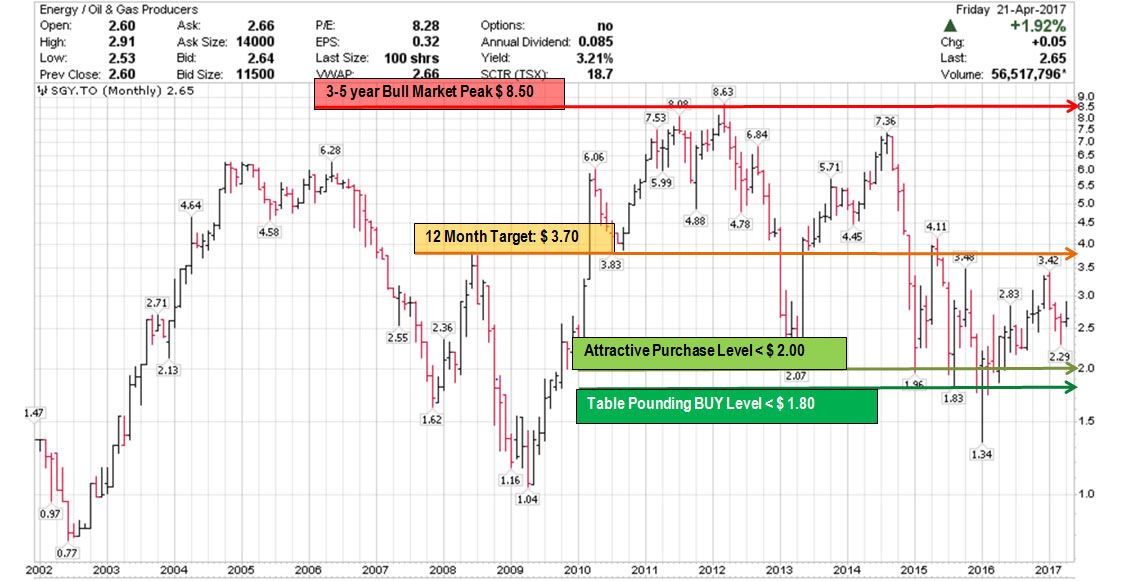