Tamarack was founded in March 2002 as a “capital pool company” and turned into Tamarack in June 2010 when the company restructured and a new management team was appointed. Tamarack is a Calgary-based Oil and Gas Exploration and Development Company focused on resource plays where they can bring their strong technical skills to bear and have repeatability, large reserves and long production life potential. In early 2017 the production mix was 56% liquids and 44% natural gas. The company has been very acquisitive taking advantage of opportunities to make transformative purchases over the last 6 months. Production in Q1/17 should be up to 18,000 boe/d as recent acquisitions are integrated. The Company operates in five areas in Alberta and Saskatchewan.

The team is headed up by Brian Schmidt, formerly President of Apache Canada.  As of February 2017, TVE had 28 head office employees and 27 people in the field. Major Institutional Shareholders include GMT Capital Funds, at 16.1M shares.

The overall corporate decline rate is at a high 33-34% which necessitates a more active program each year to replace declines and show growth. TVE has the infrastructure to grow the company to over 30,000 boe/d with minimal facility upgrade expenditures. 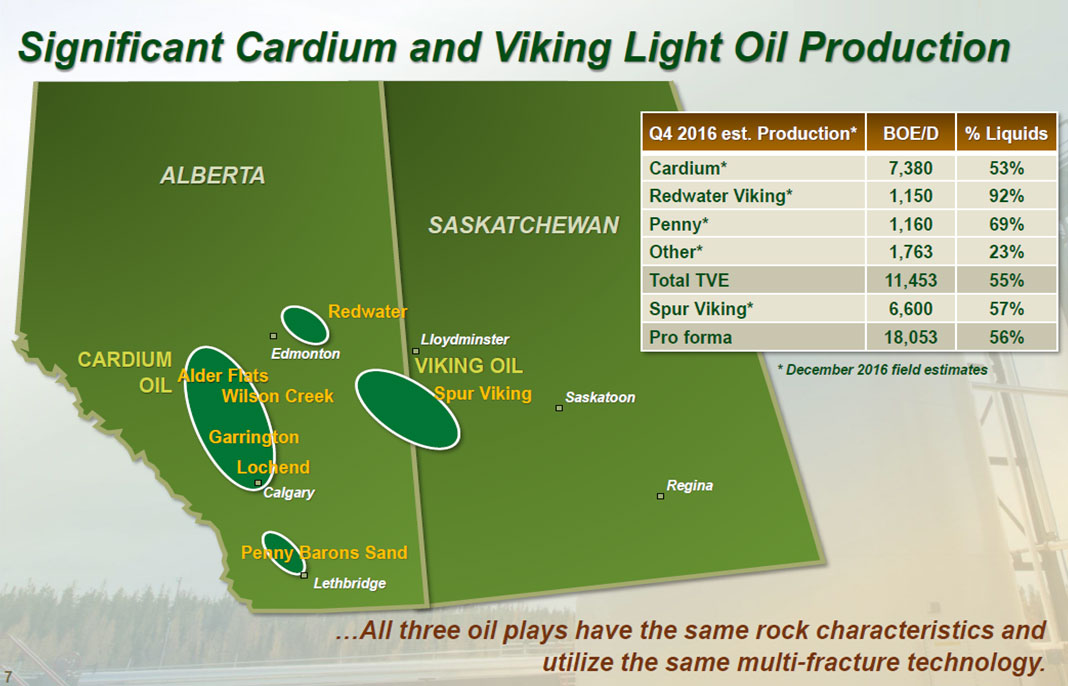